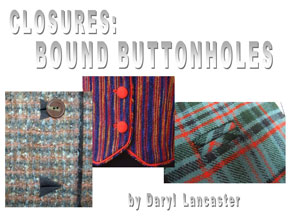 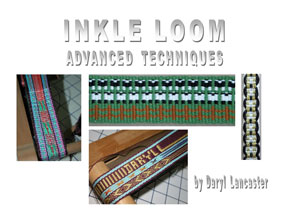 Seriously, I also spent much of the last week fine tuning a schedule of online classes through Weavolution.com for April and May.  Can I say how much I love teaching in this venue?  I reach a global audience and I have such interesting students, and I don’t have to pack my new car, haul 50 pound suitcases, and get on a plane to go somewhere, I walk in my studio, still in bedroom slippers, slip on headphones, and log on, and teach my class.  Sigh…  Technology is wonderful.

So here’s the problem…

My audience lives all over the world.  Traditionally times for online workshops on Weavolution were written in EST, that would be Eastern Standard time, the east coast of the United States.  I assume it was picked because the original owner and administrator lived in Maryland.

Weavolution is now owned by a couple who live across the pond, that would be in England.  They are on a completely different time zone.  So are my students in Michigan, California, Australia, France, England, Canada, South America, and yes, even the Philippines.  So publishing times in Eastern Standard is one thing, but last weekend, we switched to Daylight Savings time, EDT, which threw everyone off, London just switched this weekend.

We live in a global world, and with the ability to reach across the globe, we had to come up with a way to state class times in a universal format.  Enter UTC, or Universal Time Code which is the same as Greenwich Mean Time (GMT) which never changes.  Each region or time zone in the world can set their clocks to UTC or GMT by adding a plus or minus sign.  For example, during Daylight Savings Time, I am  GMT -4,  meaning NYC is four hours behind GMT.  The administrators of Weavolution decided that it was in everyone’s best interest to switch to publishing times in GMT or UTC (same thing) because it never changes and though this will initially cause some confusion for those wanting to take classes (what do you mean you are offering the class at 1am?), it is the fair and logical thing to do.  For my fellow Americans who are use to having their own system of doing things, our own measuring system, and our own special time zones, we will just have to pull up our big girl boots and deal with it… 🙂

So Oliver has spent a frantic couple of days publishing all the new classes, proofing everything and getting all the times converted.  Sign up early and often!  I’m teaching classes in my specialty, garment construction and handwoven cloth, and fit, and peripheral classes like ‘Photographing your Work’ and ‘Color and Inspiration’, sectional warping, front to back warping classes and inkle weaving classes.  I’m also teaching a class called Weave a Memory, printing images on silk or cotton and weaving them into a wonderful personal memory.  My blog post from earlier today featured a piece I wove using this technique.

For a complete list of what I’m teaching at Weavolution.com check my schedule or go to Classes at Weavolution.com.  Classes are taught using Adobe Connect, no software is involved, Connect uses your computer’s flash player which most computers have.  Classes are live, then recorded for later review, and I forward all presentations in PDF format after the class.

Daryl,
Have you thought about teaching a class on Craftsy.com? I am taking a knitting class online with them right now and its amazing! Not sure if your classes would fit that format but give it a look!

Bless me father for I have sinned, it has been 10 days since my last blog post and I'm starting...